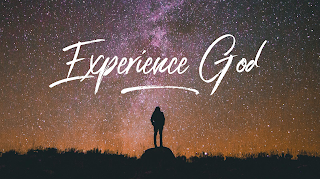 Day Three: Experience God's Grace
Scripture:
Ephesians 2:8–9 NIV “For it is by grace you have been saved, through faith—and this not from yourselves, it is the gift of God— not by works, so that no one can boast.”

Thought:
The Greek word for “grace” is the noun charis, referring to an unmerited favorable disposition toward someone or something. It is commonly used in relation to salvation, especially in Paul’s writings to explain that salvation comes from God’s own choice to show favor in redeeming lost persons through faith in Christ.

At the moment of salvation, you did not simply surrender your life to Jesus. You also received his grace, and although this grace was freely given, it did come with a great price. God’s grace cost the life of His son Jesus, who died on a cross for our sins. You didn’t earn it and you don’t deserve it.  Grace is an offer of what we do not deserve.

Andy Stanley says in his book, The Grace of God, “To say that someone deserves grace is a contradiction in terms. You can no more deserve grace than you can plan your own surprise party. In the same way that planning voids the idea of surprise, so claiming to deserve voids the idea of grace. You can ask for it, and plead for it, but the minute you think you deserve it, the grace you think you deserve is no longer grace. It is something you have earned. But grace can’t be earned.”

The only proper response to the gift of God’s amazing grace is receiving it through faith. Like a gift at Christmas, it must be received in order for the transaction to be complete. Grace is God’s provision, and faith is our part.

As simple as this revelation is to fully grasp and understand, there are those who still think they have to try and earn their way into heaven by doing as many good works as possible. This thinking leads to misery because they never know for sure if their works are enough.
Reflection:
Sit back and take in God’s amazing grace today. Worship him with this song by Chris Tomlin: https://www.youtube.com/watch?v=Jbe7OruLk8I

Think about the grace of God in your life when you first accepted Christ. What did it mean to you then and now?


Prayer:
Decision:
Based on what you have read and what God is saying, what decisions do you need to make?